You are here: Home / Art / Unit Study: DUCKS
0shares
Observing nature in your own backyard presents numerous learning opportunities.  One such opportunity presented itself to us this winter.  We feed the birds every winter.  This year, the seeds that fell to the ground from the bird feeders attracted the attention of 2 ducks.  Those ducks spent all afternoon in front of our window just sitting on the snow below the feeders.  The next day we had 5 ducks.  Those ducks told other ducks who told other ducks and we now have nearly 30 ducks who visit our house frequently throughout the day.
We read that ducks like cracked corn, so we bought a bag, and several times a day we sprinkle some outside my front door.  We are learning so much about ducks, having so many opportunities to observe them.  My daughter will sit in front of the door and just watch them. 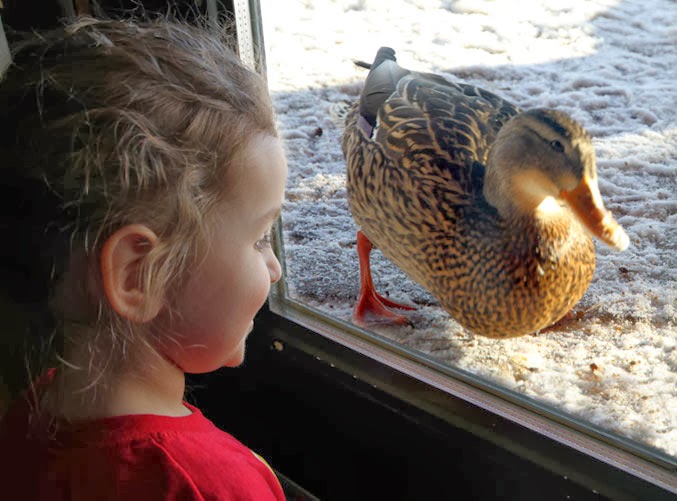 It’s cold outside so we brought the zoo to us.

To supplement her learning about ducks, and incorporate other subjects into it, I decided to put together a unit study on ducks.  I’ve included all the links below for you and your little ones as well.

If you have an ipad or iphone, the song on a free app can be found on Numbers by tinytapps – Redbytes Software Pvt Ltd. Once downloaded, it’s in the free folder labeled 5-1 Rhyme.  My daughter watched that song numerous times over and over and OVER again until she had it memorized.  She loves singing with it. (music)
Learn “5 little ducks” song in American Sign Language (foreign language)

Learn to draw a duck

Even if they are young, they can still learn how to draw a duck by watching the youtube video and with your direction. It’s not about creating a masterpiece, it’s about them learning.  This is my 3 yr old’s drawing.  My involvement included reshowing my daughter on a separate piece of paper how to draw an oval, I tried to teach her how to draw lightly, and I did all the erasing.  The drawing is entirely hers tho.  It only took less than 10 minutes of my time, and was a fun little art project.

Duck art project
I haven’t done this yet with my daughter, but I plan to soon. (image from Art Projects for Kids) 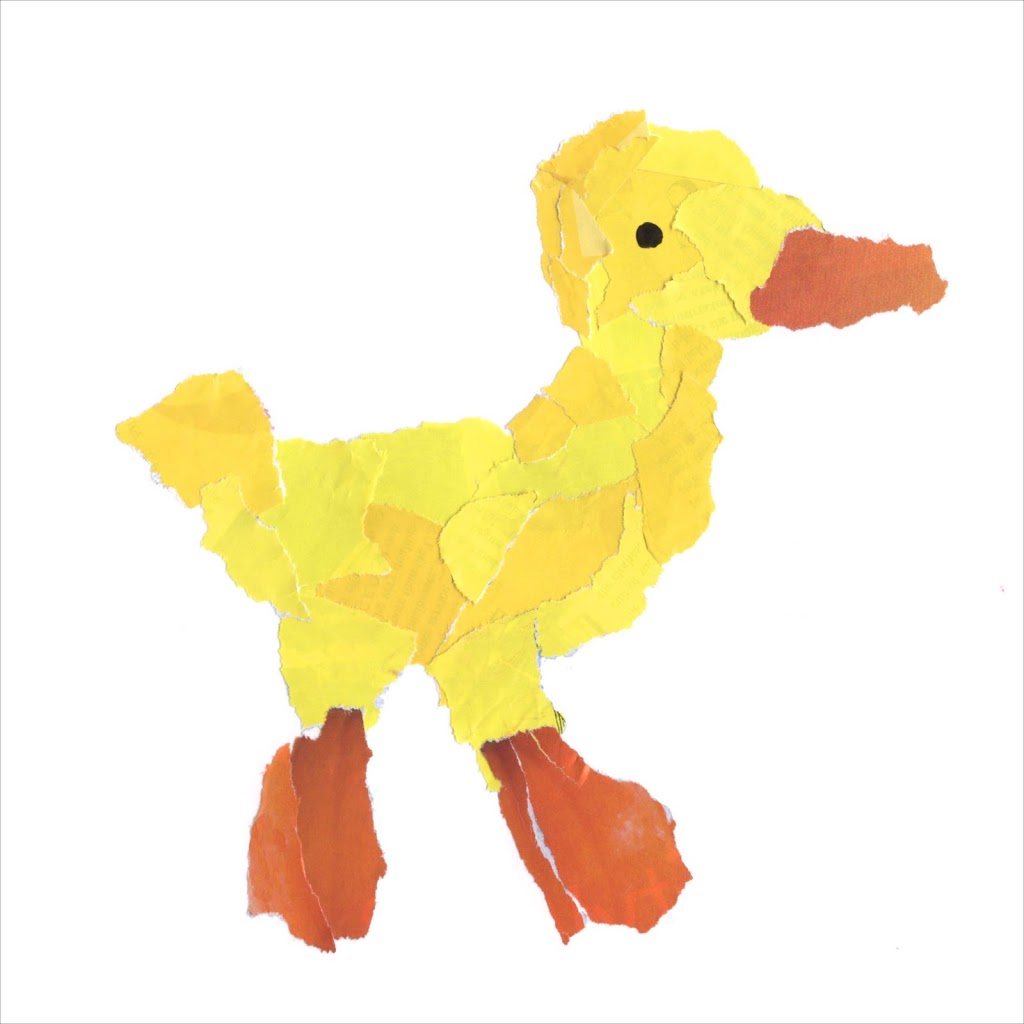 How to make a paper duck, origami (art)

A short video of ducklings hatching from egg to duckling
If you live in the US, you can watch this full PBS episode on ducks.  Unfortunately, if you don’t live in the US, the video probably won’t play.  They do let you watch a few short scenes of this video.  Here’s one scene of a wood duckling jumping from a tree, a short clip about ducks feet in cold water, and a quick clip on duck feathers.  If you live in Canada like I do, the only option I could find to watch it was to buy the DUCKumentary dvd or blu-ray.  Also someone mentioned it was on Netflix, for those that have that.
Very cool info page on ducks.  Lots of things to teach a little one. 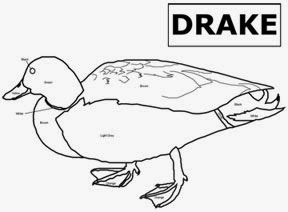 Previous Post: « The Art of the Pencil – Learning to Write and Draw
Next Post: Splash Math Review »