Summer is nearly here, my favourite season as we get to be outside quite a bit.  Even the house stays cleaner as my daughter is too busy playing in the great outdoors to be making a mess inside.  Learning is included as part our regular routine and summer is no different.

One game my daughter plays while doing her math is what she calls “Mathscotch”.  She’s been asking me daily lately if we can play “Mathscotch” and how can I say no to a kid asking to do math. 🙂  It’s truly helping her fly through her math worksheets.

We are currently working through the big binder we have of Grade 1 Math Mammoth worksheets.  I try to do 3 or 4 sheets daily with her at our school desk, and later in the day, I pull out up to 3 subtraction or find the difference sheets and give it to her with a clip board to complete outside.  No help needed (or wanted), she completes those pages quite quickly.

Think of her hopscotch board as a giant number line.  I wrote the numbers from 0 to 20 in connecting spaces.

If the question says, find the difference between 13 and 17 for example, she will stand on the 13 and count her steps till she reaches 17.  Then she’ll write the answer.  Same answer if she were to start on the 17 and go backwards.

My daughter tried hopping in the beginning, but now she finds it easier just to walk.  Perhaps after the next rain washing, I will redo the board smaller to make it easier for her to hop to each space.

I find this game ideal for subtraction.  It helps reinforce the idea that when you are finding the difference, you don’t count the number you are starting on, you count the next one, the first step.

Another idea would be to practice number bonds.  I prefer concentrating on one number with all it’s bonds, at a time.  So for example if we were practicing the number bonds of 10, my daughter could lightly throw something (just like hopscotch) to try and land that object in any number 10 or lower.  Let’s say it lands in a 3, she goes to the 3 space and as quick as she can, she will say / yell the number that would be added to 3 to equal 10.  Immediately after yelling “7” she would say “because 3 + 7 = 10”.  I find saying the math equation and hearing herself say it, really helps with memory.  Then she hops or steps from 3 all the way to 10, counting as she hops.

And kids love games and trying to win, so I change up the goal each time to keep her wanting to do it.  For example, I might say, let’s find all the math equations that equal 10.  If you find them all, you get a lollipop.  🙂 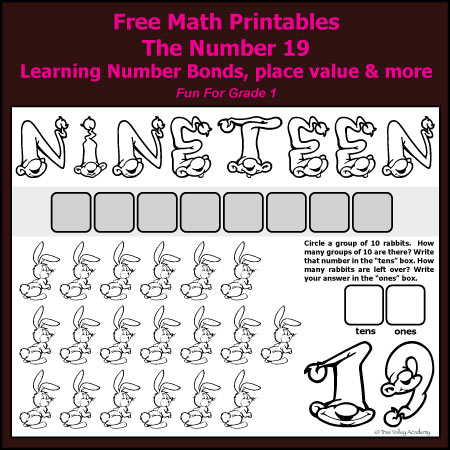 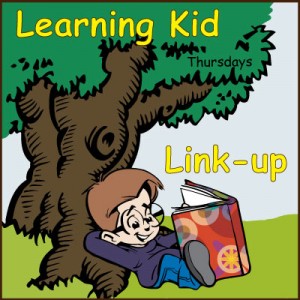 I just stopped by to let you know that this post was chosen as one of our featured favorite posts from last week's Hip Homeschool Hop on the Hip Homeschool Moms site! That means it will be at the top of this week's Hop post along with a few other favorites. :)

Thank you for linking up with us, and we hope you'll keep linking up each week!