You are here: Home / Grade / Grade 1 / Learning about Flight with Paper Airplanes
55shares

Aviation Day is a great time to introduce kids to the world of flight and airplanes.  Aviation Day in Canada is on February 23rd of each year, and in the United States it falls on August 19th.

My 6 year old has asked me on more than one occasion: “How do planes fly?”  It might take a couple years to fully explore that answer with her as there is so much one can learn about flight, and at her age, I will need to simplify and use play-based learning.  Even so, there’s still a lot a 6 year old can be exposed to.

Learning About Airplanes with LEGO

To introduce the subject, I bought my daughter a LEGO airplane set.  It was fairly cheap, and she loves LEGO.  She built it herself following the step-by-step instructions.  This quiet learning time gave me the added bonus of being free to get some household things done.

After playing for a bit with her new LEGO plane and airport toys, I took the opportunity to point out to her on her toy airplane, some of the vocabulary and names or parts of an airplane.

Parts of an Airplane

A cockpit is the area where the pilot sits to fly the plane.

Modern commercial airlines often use the term flight deck, which includes the area for the pilot, co-pilot, and extra seats for the crew.

The fuselage is the complete center body of an airplane, which the wings, tailplane, and fin are all attached to.

The cabin is the area of a plane where passengers travel.

The LEGO airplane was a great introduction, but to learn more about flight, she needed a toy plane that she is allowed to try and fly.  And what could be more perfect than learning to build paper airplanes!

Since I really only know how to fold one paper airplane, I bought “Kids Paper Airplane Book” for help.

The last third of the book contains 4 colourful papers per airplane that you rip out to fold.  At first I wasn’t a huge fan of the fact that you could only do each airplane 4 times.  However, after making and flying paper airplanes from the book, I realized that the paper airplanes in the book are good models to learn the principles of flight, and we can always replicate the same planes on ordinary paper if we’d like.

What I enjoyed the most is the explanations on how to tweak each plane to improve its flight.  It was fun watching my daughter make changes to her paper airplane.  She was learning what happens when you bend the elevator up a little, or move the rudder to the left a bit.

The book would explain why paper airplanes fly and why they crash.  The 4 forces of Aerodynamics (Gravity, Lift, Thrust, and Drag) were explained in a kid friendly way.  There were simple experiments for them to do to grasp the concept of these forces of flight. 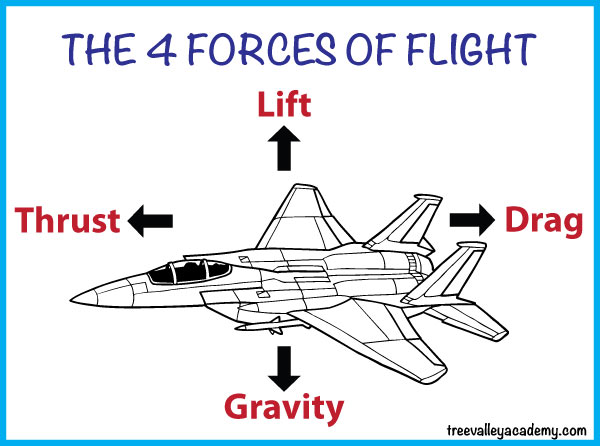 It’s learning all about flight and aerodynamics in a way that just happens to be play and fun.  In fact, my daughter and I have both begun creating and experimenting with our own paper airplane designs.

I’m sharing the printables I created for my daughter with all of you.  You can download a 3 page .pdf for free by clicking here. 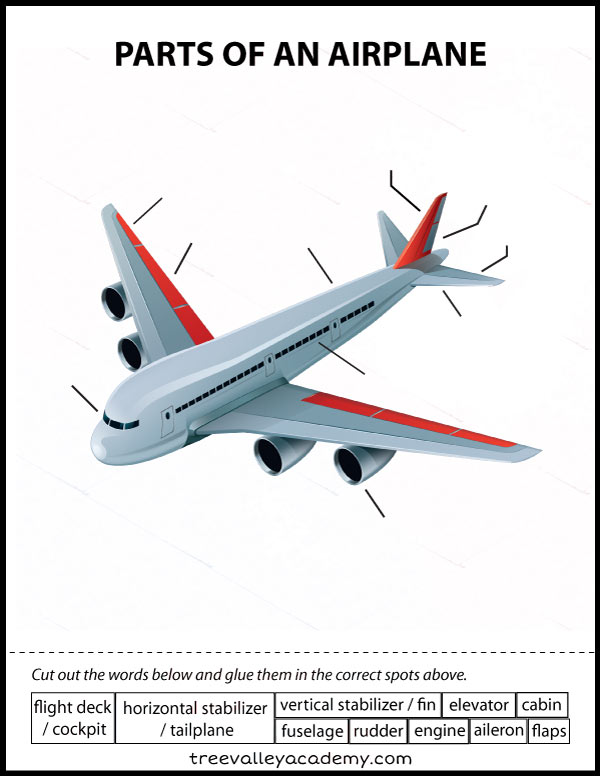 Here are some more ideas for kids to explore aviation:

How to Make a LEGO Airplane Really Fly from Kid Minds

Back to School Word Puzzles